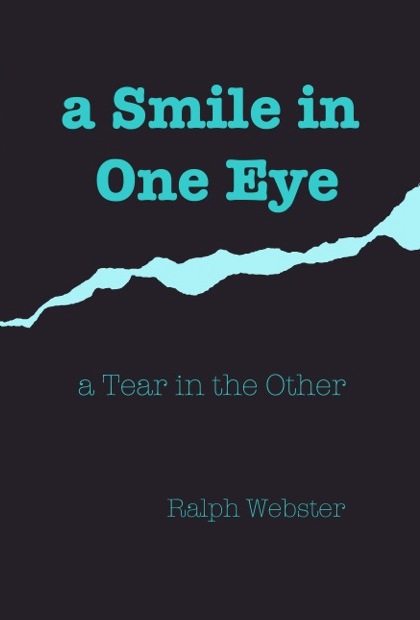 This past week I was featured on the Australian book blog published by Rita Lee Chapman.  Since she has moved on to feature another author, here is the complete interview.

Please introduce yourself to my readers and share something about your life.

I am a first time author.  As a 65 year old retired guy I never entertained the notion of writing a book.  The vast portion of my working years was spent behind a computer writing software.  I started an accounting software company in 1980 and was fortunate to sell it to my employees in 1997.  Since then my wife and I have become active volunteers in our community.  We both became Emergency Medical Technicians and drove the ambulance and fire trucks for a number of years.  We have been involved in historic preservation projects, local fundraising activities and the like.  My wife Ginger is a strong advocate for coastal protection.  Since we live in a coastal area we have driven ATV’s in search of turtle nests.  We live on the Outer Banks of North Carolina, where the Wright brothers flew the first airplane.  No, writing a book was never part of the plan.  My aptitude was always numbers – never words.  Of course, I never thought I would play tennis either!

When did you write your first book and how did it come about?

A Smile in One Eye is my first book and I am certain that it will be my last book.  By writing the book I was able to tell the story I wanted to tell.

Last year my wife and I took an extended trip across Europe.  We were mostly there to hike.  Our trip took us from Croatia to Sweden and all parts in between.  At the time the international news was flooded with discussions about the refugee crisis.  Thousands of people were fleeing Syria and Afghanistan.  Most were headed to Germany in search of employment and opportunity.  The issue of immigration and how to cope with the influx of refugees was a very significant issue at the time and it remains so now.

Both of my parents were refugees.  Of course, it was a much earlier time, right before WWII.  During our trip, we encountered many refugees – mostly on trains and at train stations.  This was the impetus for the book.  I wanted to tell the story of what my father went through when he fled Germany.  To be forced to leave the country where you grew up is a horrible thing.  And, to arrive in a new place, with a different language, is complicated – particularly in this day and age

When you write, do you start with an idea and sit down and let it evolve, or do you make notes and collect ideas on paper beforehand?

I can’t say that I really had a distinct plan.  I started out by collecting old family records – passports, birth certificates, and pictures – things like that.  I needed to create a timeline so I could see what I didn’t know.  Actually, I knew very little.  My father was a very quiet man.  He did not like to talk about his past.  While I knew him as a person, I really did not know the details of his journey to America.

As I started to write, for me, the most difficult thing was to connect the dots, to figure out how one event lead to another.  I wrote the story through his voice and his eyes.  He is the storyteller in the book.  I had to learn to be him.

I did not want to put together a picture book.  There are no pictures in the book – just the story.  This is not a memoir.  I hope it reads like an historical novel.

Would you like to give us a short excerpt from your book?

It is November 9, 1938, Kristallnacht, the night of the broken glass, when synagogues throughout Germany were destroyed and thousands of Jews imprisoned.

“I had just gotten up to go out back to check on the chickens when we heard heavy footsteps on the porch.  Then, there was a loud pounding on the door.  It was unusual to have unexpected visitors at the farm anytime, and particularly in the evening.  Father went to the door.

As long as I live, I will never forget that moment when Father opened the door.  There were seven men dressed in SS uniforms.  They told Father that he, Mother, and I must go with them immediately.  This was an order, a command, much more than an instruction.  It was clear that this was not a conversation, not a discussion.  Protesting or failing to comply was out of the question.  We took nothing with us.  We were marched out of our house and told to get into one of their vehicles.  The entire exchange, from the time they knocked on our door, took moments, hardly more than a blink of an eye.

No one said a word.  In silence, we rode the few kilometers into town.  These men were known to us.  Two were our neighbors; others had been Father’s business customers; another had been Lotte’s boyfriend in school; one was a World War I veteran who had marched in the parade with Father only a few years before.  They had once been our friends.  I had played with their children.”

What is the best marketing tip you have received?

Write a genuine and sincere story.  A good story will take care of itself.  Think more about the reader than the writer.  Encourage people to read it.  If they like it they will tell others.  Ask your critics to be critical.

I hope that is what is happening with this book.  It is a serious and emotional story.  I have tried to add humor when humor is needed.  I have tried to make it compelling and uplifting.  So far, so good.  The reviews are positive.

How would you describe yourself?

What do you do when you are not writing or reading?

Since we live on the coast, I spend lots of time on the water.  When the weather is bad, I like to take on-line courses.  Tennis keeps me humble.  We like to travel all over the world.  We always enjoy walking and hiking – most of our travels are on foot.  These days we spend a great deal of time with our grandchildren.  They live about 6 hours from our home so we try to get them away from their parents and to the beach as much as we can!

If you could holiday anywhere in the world, where would you choose and why?

That’s a hard one because I always forget some place important.  High on our list is a return to Tasmania.  We spent a week there 20 years ago and have always wanted to return.  Iceland is on the list and so is Sardinia.  Hiking in Switzerland is a favorite.  While we are still active, good hiking is always the draw.  We have been fortunate.  We have spent much of our free time during the last 30 years travelling all over the world.

If you have owned pets, do you have a funny story you would like to share with us?

For me, travelling and owning pets are not always compatible interests.  So, I am not big on having a pet.  That being said, there is a chapter in the book which discusses Alice and Udo, the pet parakeets.  You have to read the book to find out more!

What is the biggest factor for you when selecting a book to read?

I do.  It is www.smileinoneeye.com.  I hope readers will visit it!

Are you working on a new book at the moment?

No.  I think I am a one and done kind of author.  I am not sure what I will do next.  It may be time to buy a van and spend some time driving across America.

Do you have any events or book promotions coming up that you would like to tell us about?

I believe my book is a great selection for book clubs and I have already been asked by several local book clubs to participate in the monthly meetings.  I even have one scheduled for Chicago.  They want me to participate via Skype.  I hope to do more of these. 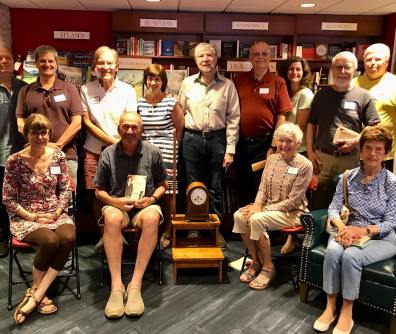 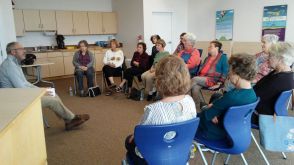 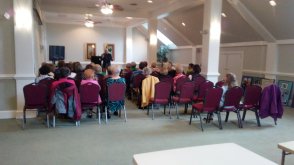 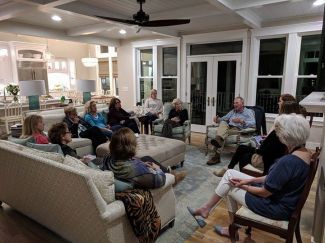 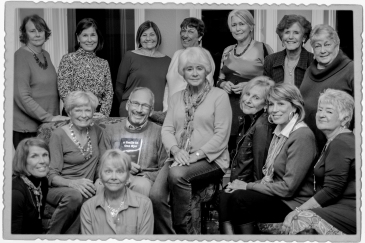 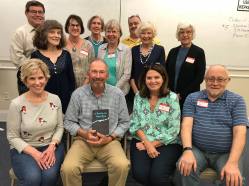 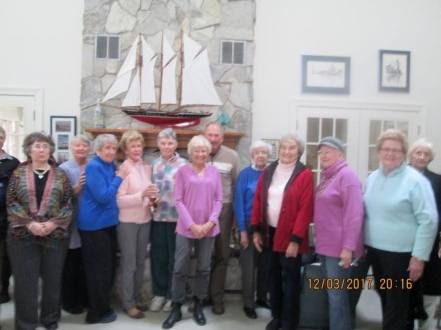 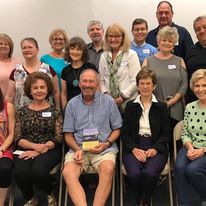 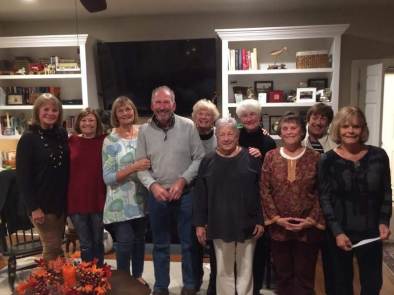 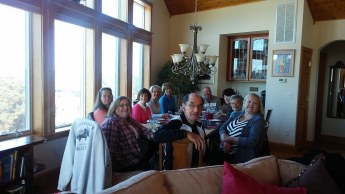 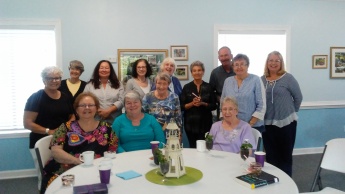 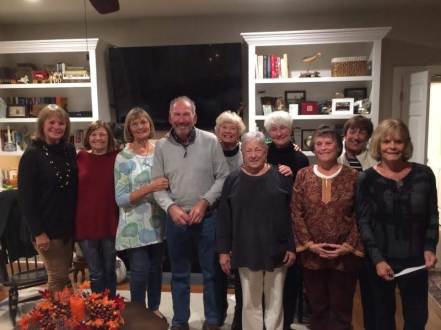 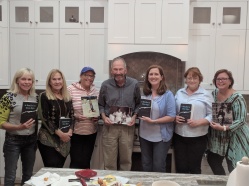 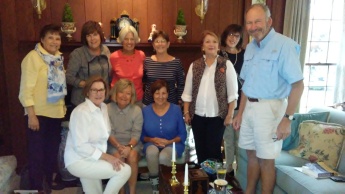 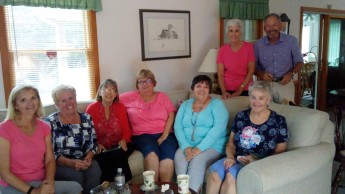 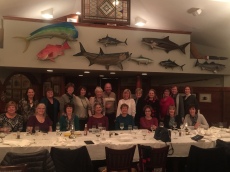 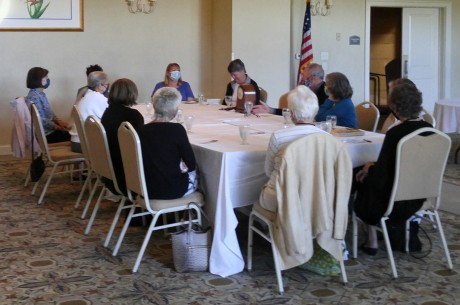